After the marathon, went back to Terminal Hotel to retrieve my luaggage. Then took a slow walk to the new hotel that I would be staying - Robinson Hotel. I had to book for a different hotel as Terminal Hotel was only available for the first 2 nights of my trip. It was a small little hotel located on the 2nd floor of a building. There were also other hotels located in the same building but on a different floors. The man congratulated me for coming all the way from Singapore to run in Rome. After processing, he helped me with the luaggage. I liked the room. Small and cozy. I bathed, had something light, and drank lots of water. Unfortunately, I was not tired. So I took out my Runners World and read, till I fell asleep. 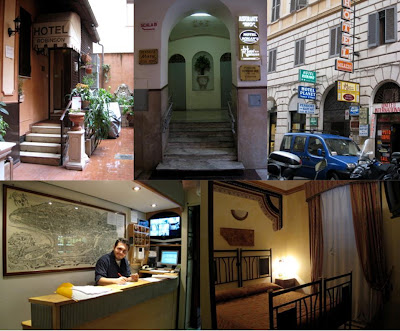 Planned to visit the rest of Rome today, especially those that I ran passed on Sun but had not visited yet, like the Vatican City, Piazza Navona, Castel Sant' Angelo, etc. I went to the metro but was shocked to see a crowd so huge that blocked the entrance to the RED line. After waiting for 5 mins, I decided to take the BLUE line instead. Stopped at Cavour Station, and took a walk to Vittoria Emanuele Sation, where it stood Piazza Vittorio Emanuele II. As usual, snapped lots of pics, then walked to Santa Maria Maggoiore. Then, I returned to Vittoria Emanuele Sation to take the RED line to Ottaviano Station, the nearest station to Vatican City. Luckily, there was no queue at that RED line station. : ) 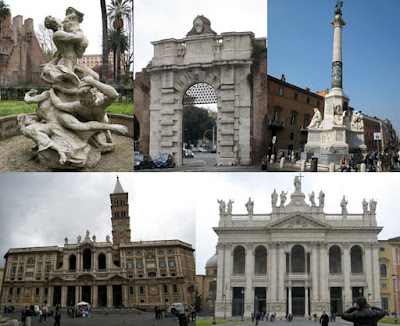 It started to drizzle lightly while walking towards Vatican City. You could see quite a number of umbrella sellers dashing up to all the tourists, offering umbrellas @ EURO 10.00. I decided to brave the drizzle, although it was getting heavier. I took temporary shelter at the Vatican City. There, you could see a huge queue of crowds queueing up to go into St Peter's. After taking more pics of different angles of St Peter's, I decided to have lunch and waited for the rain to get lighter. My lunch cost me EURO 26.00. More expensive than my carbo-loading dinner and less portion of food served. : ( I spent the rest of the day re-tracing the route back to marathon start point, the Colosseo. Took more pictures of Colosseo from different angles, before I returned to pack and rest. It was yet another productive day. 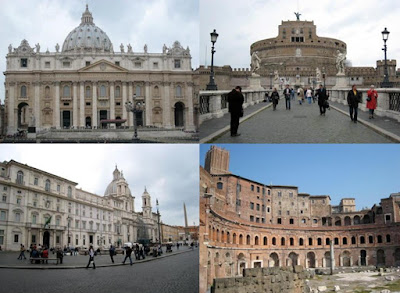 I had a wonderful time in Rome and running in this ancient city with lots of history. Also managed to get a PR which was so unexpected. Perhaps my hard work really paid off so I must be proud of my achievement, though it was not a fantastic timing, to say the least. It also gave me lots of confidence for my next race. In South Africa. : )
Posted by Ripley Runs at 9:33 PM

Good Luck for South Africa and do post pics and race reports!