The Mississippi Gulf Coast Marathon is run entirely inside the John C. Stennis Space Centre in the southern part of the state of Mississippi. John C. Stennis Space Centre is one of 10 NASA field centres in the USA. It is home to America's largest rocket engine test complex where every space shuttle main engine is tested and future engines and stages will be tested for returning astronauts to the moon with possible journeys beyond. Needless to say, the location of the marathon was remote and the only public transport was by cab. Luckily for me, there were a few runners staying at the Best Western Slidell Inn, about 15 miles from the race start/finish. Slidell was actually a town located in the next state of Louisiana. In fact, it was closer to the Space Centre as compared to the other towns in Mississippi. Thanks to the very helpful front desk manager, Nikki, I managed to arrange for a lift with fellow runners, Melissa Larkin (Bib No. 67) and Chelsea Wilson (Bib No. 112), who would be running the half marathon. Incidentally, Chelsea would be getting married to Scoter (one of the passenger besides Melissa's mum) next weekend and the girls were jokingly said that this weekend would be a great opportunity to test their endurance, in case Chelsea decided to runaway. :p 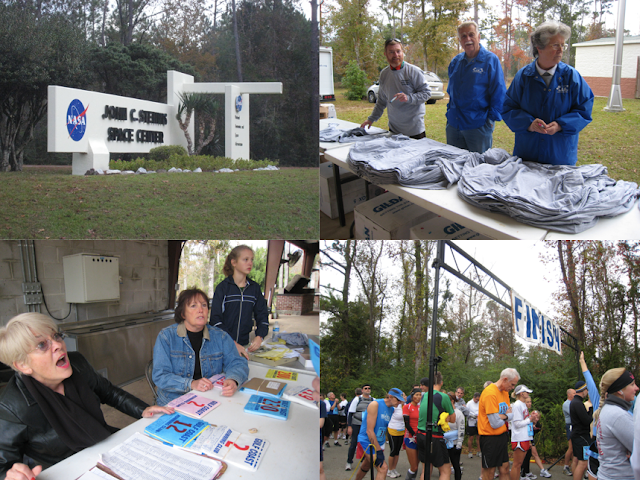 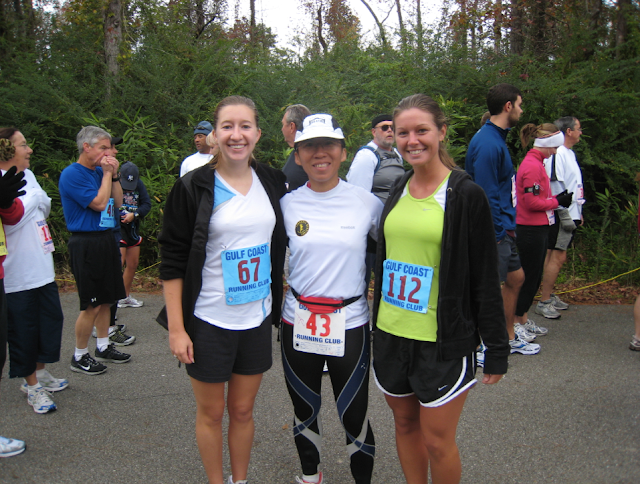 The weather was cool when we reached the Space Centre. Security was tight. When we arrived at the start point, I rushed to collect my bib number, stuffed my event tee into my baggage and left it with the volunteers. It was a small race so all runners and walkers for the full, half and 5k races start at the same time. While on the way inside the Space Centre, I noticed that this was a flat course. Despite the urge to run fast, I eased into my 13:75min per mile pace. By the Mile 4, I found myself running alone as the runners spread out. At around Mile 6, I met Jim Simpson running in the opposite direction, which should be the Mile 7 mark! He asked how I did for the Atlanta Marathon. I told him I barely survived and he replied that he finished in 4hrs 24mins! He told me to take it easy before we continued our running. I also met another runner (could be Ray Rowell) from the Marathon Maniacs group who also did the Mountain Home Marathon and Williams Route 66 Marathon! Talked about being hardcore, these were the real hardcore runners who had been doing back-to-back-to-back races for years! 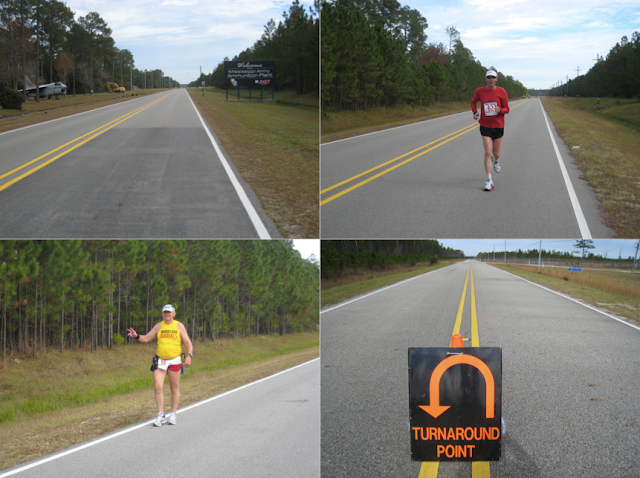 By the start of the 2nd loop (yes, this was a 2-loop course), more runners were finishing the half-marathon, leaving even fewer runners on the full marathon course. It took me about 2hrs 55mins to complete the first half and I knew I couldn't afford to walk much if I were to complete within the 6-hour cut-off limit. Still, I took the opportunity to snap some photos while I passed the aid station and interesting landmarks when running alone. :p Mind you - I didn't want to be caught taking photos within a highly guarded facility! By Mile 16, I was feeling painful while stepping off my right foot though still bearable. I met Jim and Ray went passed me again after the Mile 21 mark. I was slowly slogging away until after I passed the Mile 23 marker. The last 3 miles seemed forever as it was a straight, never-ending route. After the last turning (halfway after Mile 24), another runner caught up with me. We ran together while talking about why we ended up choosing this race to run. At Mile 25, a clocked showed 5:45 and I thought perhaps we had a chance to finish within the 6-hour cut-off. There were a few turns which made it more bearable. Cars were streaming out, with many drivers honking at us and telling us that the end was near! It was and we managed to cross the finishing line in 6hrs 49secs! 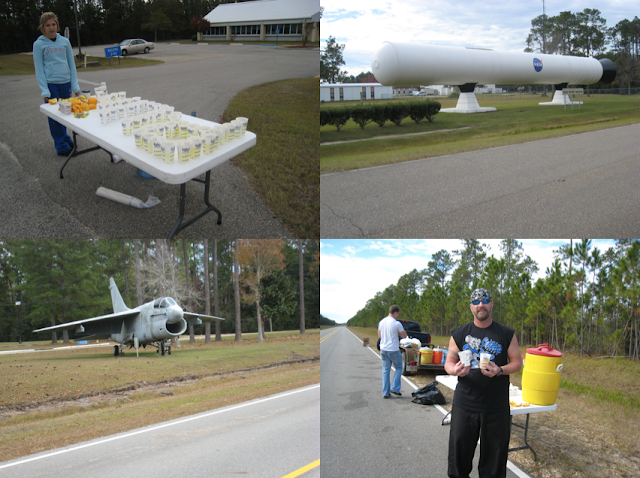 Post race, we were presented with our medals by a 12-year old girl who insisted us to write down our name and timing on a sticker which would be pasted on their tracking record sheet for the final result compilation. She insisted that we filled up the correct data and made sure she sticked our record in the correct space! A very promising future race director indeed! Soon after, the race director and his assistant were taking down the finishing line although I remembered there were 2 more runners behind us. In fact, the crowd had dispersed as the award ceremony had finished by then. The runner whom I finished the race with, MK V, gave me a lift back to my hotel. Before this, we stopped by the Wellness Centre to wash-up. The manager at the Wellness Centre (a gym for the people working in the NASA facility) provided us with a towel, while the bathing facility came with hot shower and shampoo! This must have been the most awesome end-of-event washing-up facility! Overall, it would have been possible to achieve a PB running this course as it was super flat with few turns. The weather in Nov was great too. Perhaps I would be back one day to give it another try. But for now, I was just happy to complete my 4th marathon for this trip, all in the space of 8 days.  : )