Day 1, 16 Mar Friday
Reached Rome on Friday, at about 0700hrs. I left the baggage claim area immediately after immigration as I did not have to wait for any check-in luggage. There were taxi drivers offering transport service in English while I walked towards the Information Counter. The info displayed in the airport was clear. I was able to locate the train station easily, which was similar to our SMRT. I paid for a 1-way ticket to the central of Rome and it cost Euro 11.00. It was an express service train and took about 35mins to reach Rome Termini. 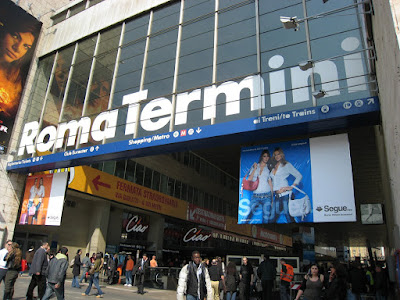 Terminal Hotel, a "budget" hotel was located just 3 streets next to Rome Termini. As it was too early for me to check-in, I left my luggage, taking only my cameras, lens, and went off for sight-seeing immediately. The weather in Rome was gorgeous. I reckoned it was about 18 Deg Celsius or even lower. I had breakfast at the station, before making my way to the Marathon Village at about 1000hrs. 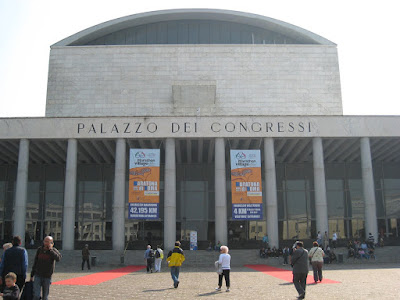 The Marathon Village was very well organised, although the vendors were sited in such a way that once you passed them, you would be unable to go back to them again, unless you went to the start of the village. Although the marathon was sponsored by Asics, other brands like New Balance, Mizuno, Adidas, Nike, etc had also setup their stores to showcase the latest running gears and shoes. There were also many other Italian marathon event organisers distributing and advertising their runs. I spent about 2 hours browsing through every stores although not many Italians spoke English well. 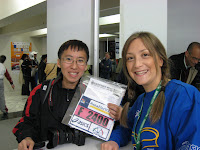 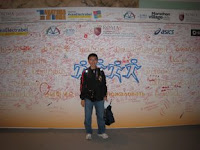 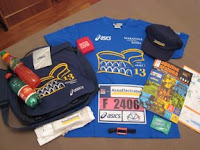 After I left the Marathon Village, I took the metro back to Terminal Hotel. The budget hotel was still under renovation in the lobby although the rooms were all ready for staying. It was a cozy hotel although the room was very small. I unpacked my stuff and begin to arrange my running gear for the marathon on Sunday although it was only Friday. So excited about the goodie bag. I loved the red color wrist band and the Asics bag and can be consider simply the best goodies I had ever collected! After that, I watched TV programmes and fell asleep half-way through. By the time I woke up, it was already 2000hrs. I was lazy to go out for dinner that I slept through the night!
**********
Day 2, 17 Mar Saturday

I woke up early this morning. Had breakfast at the hotel and left for more sight-seeing. I took the metro to Castro Pretorio Station, followed by a short walk to Porta Pia. From then, I walked for the whole day as I felt that time would be better spent walking in Rome than re-tracing the steps back to the metro and taking the mostly-underground metro lines. In total, I reckoned I walked more than 10km! In fact, it could be even more! I visited Fontana del Trione, Palazzo Barberini, San Carlo Quattro Fontane, Quirinale, Fontana di Trevi, Trinita dei Monti, Piazza del Popolo, Piazza della Repubblica, Santa Maria degli Angeli, Palazzodelle Esposizioni (which is under renovation), Casa dei Cav. di Rodi, Colonna Traiana, Monumento a Vittorio Emanuele II, Campidoglio, Palatino, Arco di Costantino and finally the Colosseo. Took lots of pictures of the famous and ancient buildings / monuments in the 10-hour walk. Also felt extremely tired. 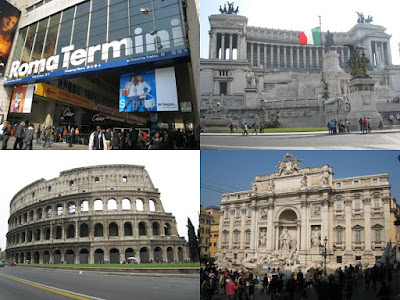 Somehow, I also managed to miss lunch (how on earth could I do that) and miss my hydration plan, although I did have a sandwich at 1500hrs! Feeling extremely tired and hungry, I took the metro back to Rome Termini, went to the nearest restaurant and ordered a Alla Vodka - Pomodoro, Pancetta, Vodka, Peperoncino which meant the pasta comes with tomato, bacon, vodca, chilli mixed with vodka sauce (see below)!!! It was super yummy and the portion is HUGE!!! The pasta was very reasonable priced at EURO 11.00, inclusive of a can of Coke. After dinner, I went back to prepare my running gear. Also decided that I will not run with my digital camera as I had dropped the casing in the afternoon. Although feeing excited, as I did for all races, I did not have time to worry about the run as I fell asleep pretty fast. : p 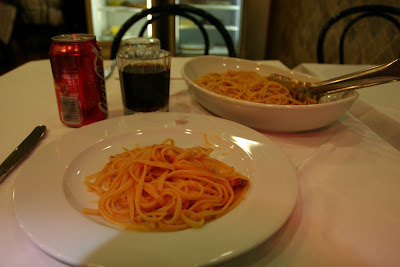