I found out the Fleet Feet Store's Chicks' Night Run while checking out the various running stores in Chicago.  And since I would be spending a night in Chicago before my connecting flight to St Louis the next day morning, I contacted Fleet Feet Sports to find out more.  The run was organised only for women and the distance was between 3 to 6 miles.  Runners could choose to run any distance they wanted - i.e. 3 miles, 4 miles, 5 miles or 6 miles.  I thought I should put in one last run to warm up my system before Ozark and decided to check out how to get there from my hotel.

Arriving in Chicago on 31 Oct afternoon after a total of 15 hours flight time and 1 transit in Hong Kong, I felt tired and lethargic.  I thought I should rest but after I reaching the hotel, the excellent weather was the deciding fact that made me find my way out the hotel and I was on my way to Fleet Feet Sports at Lincoln Square.  Armed with the maps and directions printed from Google Map, I walked to the nearest bus-stop.  Waiting for Bus 77 didn't take long but the journey to my connecting bus was almost an hour.  While waiting for the connecting Bus 49, I thought I might missed the run as it was starting at 6:30pm and I had less than 15mins to reach and locate the place.  Luckily, to Lincoln Square was just another 16 stops and I arrived just on time.  The runners, about 12 of us, had gathered on the 2nd floor for a product intro and briefing session prior to the run.  A guy was introducing some running top which runners could try for the run if they were keen.  I went to change into my running gear and joined them.  The Fleet Feet Sports runners then took over to check the distance that each runner intended to run and I decided that I would do just 3 miles. 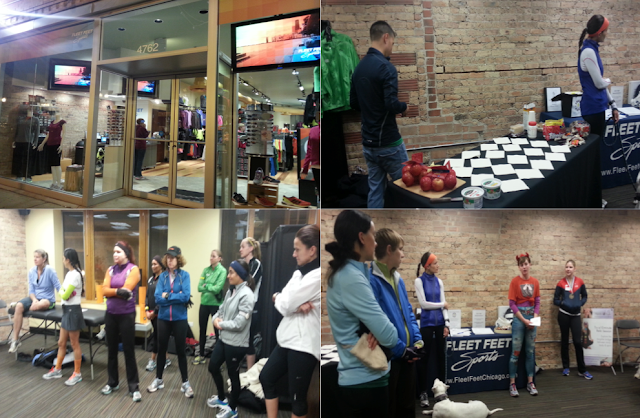 The air was cold by then.  I put on my gloves before heading out with the rest.  It was indeed an easy pace run.  I had my long-sleeved tee which I won from a lucky draw held during the award ceremony after the Canadian Death Race last year.  As we were running through the city, there were a bit of stop/start waiting for traffic.  Luckily, that area was not that crowded with people and vehicles, so the running was pretty smooth.  As I was late for the brief, I had no one to run with but to tag along two of the runners who were doing 3-miles.  Along the way, I saw people wearing their Halloween costumes as it was Halloween Nite.  There were also people standing at the doorsteps of their homes, handing out candies and chocolates.  It was a refreshing sight indeed.  I was enjoying my run and when it was time to u-turn back, I wondered if I should continue for another 0.5 miles to make it a 4-mles run.  I decided otherwise since I had "registered" to do a 3-miles run and headed back with the 2 runners.  By then, after lots of turning left and right, I lost my bearing and had to rely on the 2 runners to get back to the store, which we reached around 7:15pm.  We waited for the other 3 groups to come back before another talk and demo. 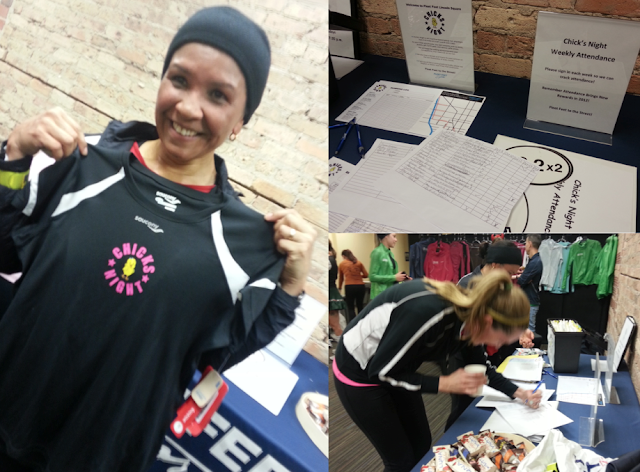 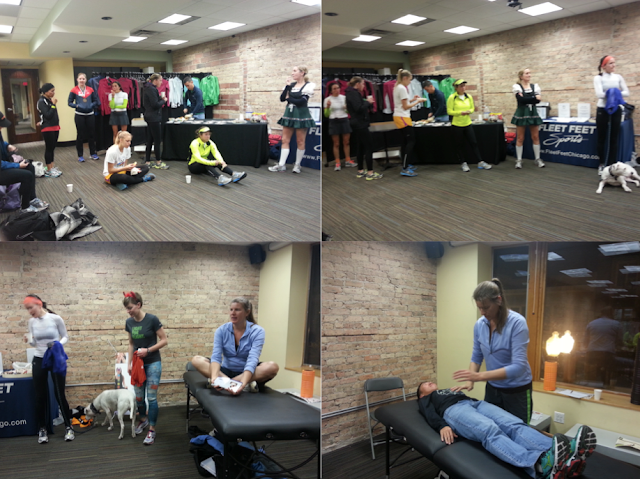 Thanks for joining us! We're so happy to hear you had a great time. Come and see us anytime you are in Chicago! Happy Holidays ~ Fleet Feet Chicago.