Jurong Lake Run was my 3rd local race and the first time I took part in a race in the western part of Singapore.  It rained on the way there but stopped when I reached the Jurong East MRT though the sky still looked grey.  Weather was great - cooling.  The queue to the bag deposit was orderly.  There were also rows of mobile toilets and a hydration point at the start.  It was not a big race but the atmosphere was still great.  However, I pity those staying around the area as the announcement and music blast through the cool morning, great for sleeping in - THANKS for accommodating us runners!  :) 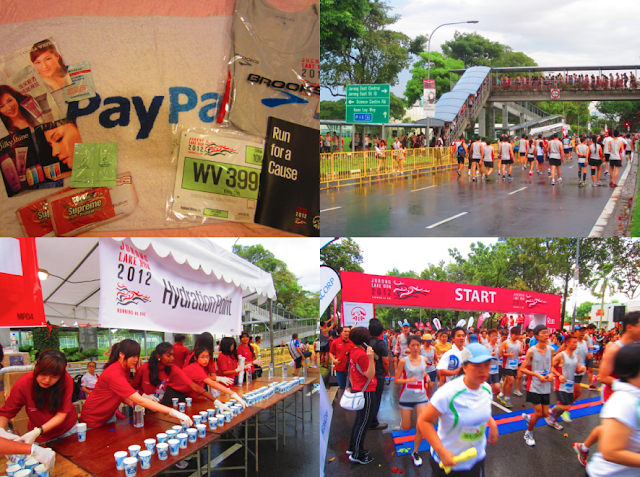 The race was flagged off at 7.50am and we started running towards the direction of Jurong Lake, about 2~3km away.  Most runners were wearing the grey color event singlet, somehow matching the color of the sky.  But luckily, the sun eventually shone through the clouds though it was still cooling.  At around the 3km mark, I bumped into Josephine Wee - my WOCC buddy!  We chatted for a quite while before I told her to proceed as I would be taking photos and taking my time for local races. 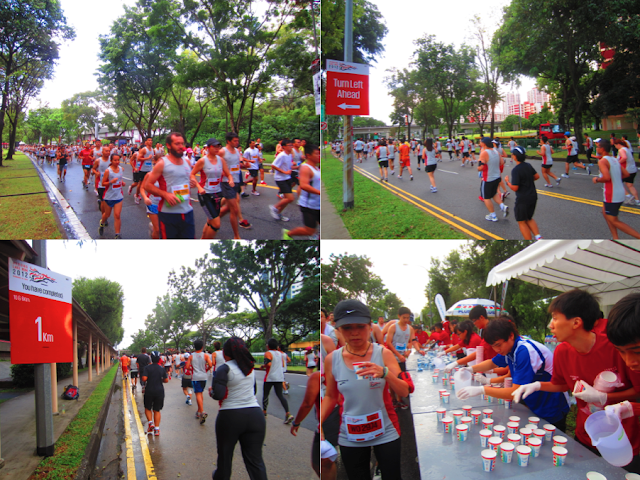 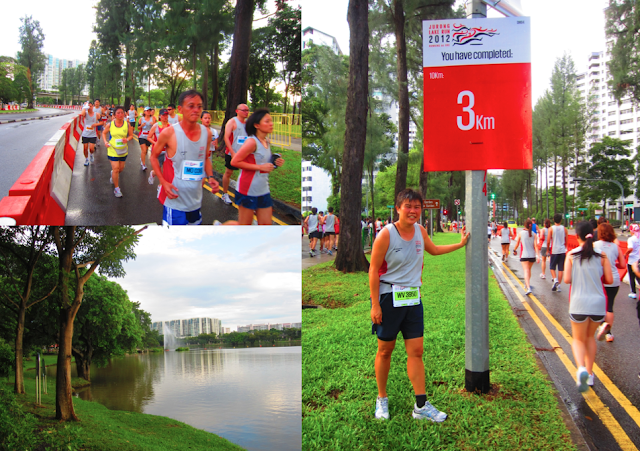 But Jo said my pace was okie for her and we end up running together, chatting and taking photos along the way.  We entered Jurong Lake after almost 4km.  I must admit I had never been here, as well as to Chinese Garden and Japanese Garden where were both located within the lake itself.  I shared some updates on our other WOCC buddies still in the service with Jo, while she told me what she was up to recently.  Weather was extremely good.  There were other park visitors and some performances.  We had fun.  :) 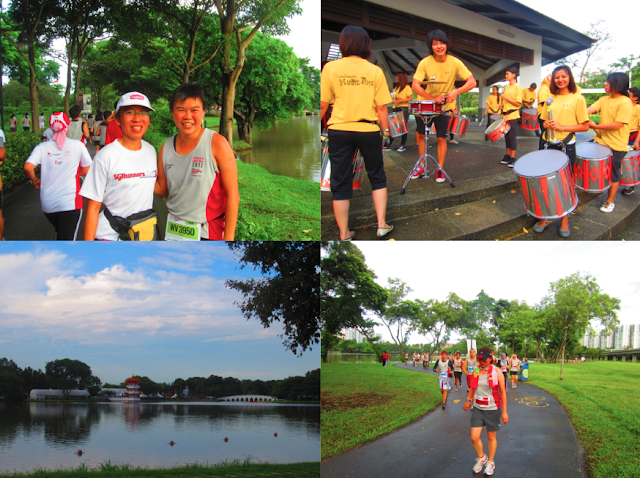 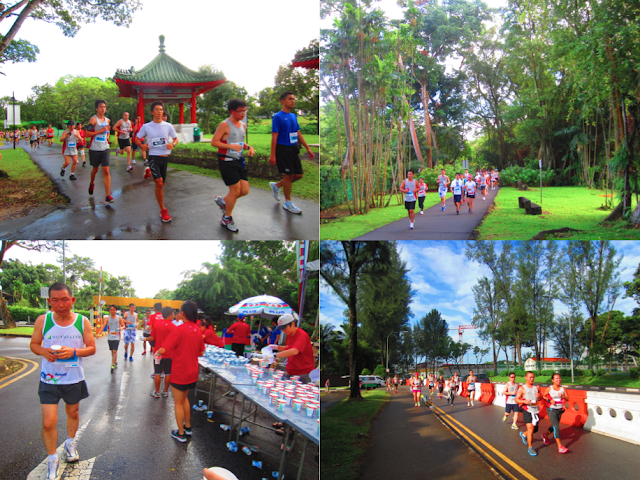 We soon reached inside the lake itself.  I loved the greenery inside the lake and gardens.  I guessed when you are enjoying yourself, the miles passed by you faster.  And soon, we were out of the lake and gardens, running towards to 9km marker.  It was the home stretch!  I told Jo to go ahead as I intend to take my time in the last km.  Just before the end, I saw another performance by an Indian cultural group and some cheerleaders. 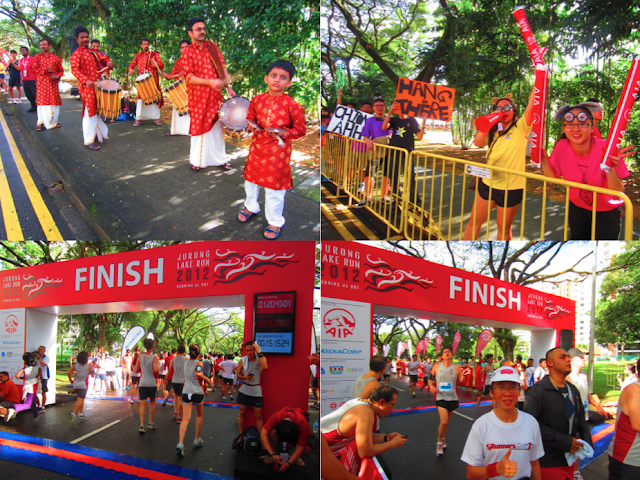