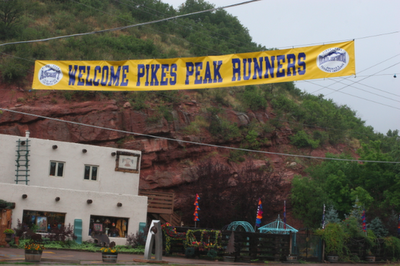 The weather back at the foot of Pikes Peak was much better than up in the summit. It was now past 12pm and rain had stopped. Weather remained cool and seemed to ease off a little although the sky still looked overcast. I saw a few scattered runners making their way back (from the summit i believe since they were wearing bibs) while driving out from the Cog Railway Depot towards the race pack collection just a mile away. Salute to them. 5 minutes later, I passed the welcome banner hang up across the main Manitou Avenue main street before turning into El Paso Blvd. Parked the car and walked towards the packet pick-up location which was situated inside the Memorial Park. 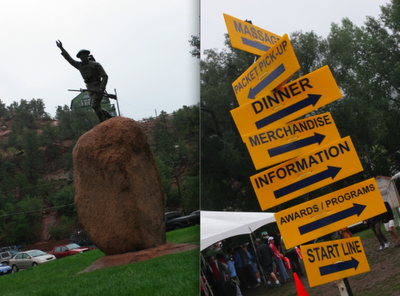 There were 2 big tents which runners could visit. The main one was where you collect your race bib and the other had stalls selling various merchandise. There was no queue at all so I got my race bib pretty fast. The volunteers also tie a band over my left wrist as an identification of Pikes Peak runners for Sun's race. I then saw the medal and finisher tee hanging just behind the bib collection point. Since there was no event tee for the race, I vowed that I would try my best to reached the final cut-off point, the summit, within the allowable 6 hours 30 minutes so that I could own this finisher tee. 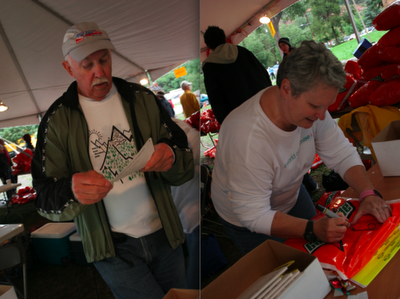 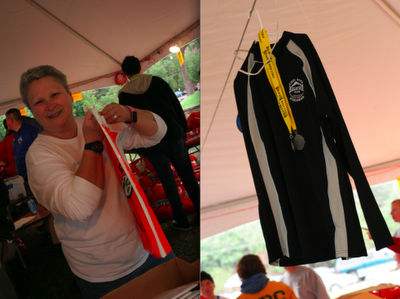 After collection, I walked around the tents. The first stall that I stopped at was selling amongst other things, the 2005 50th Anniversary of the Pikes Peak Marathon DVD as well as the 2006 Pikes Peak Marathon DVD. The sales person at the stall explained that the anniversary DVD contained more information as it was the 50th Anniversary of the event and that I could watch the DVD to find out exactly how the Pikes Peak mountain looked like. I asked if she had ran the event before and she said yes and would be running again the next day. She then told me a little more about the race and that she hoped the good weather would come. I bought the 2005 DVD for US$10, thanked and wished her good luck for tomorrow's race. 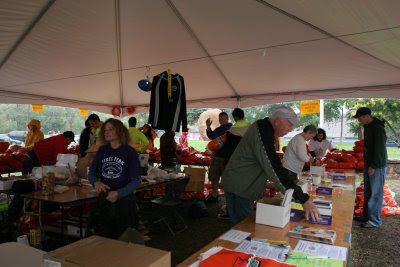 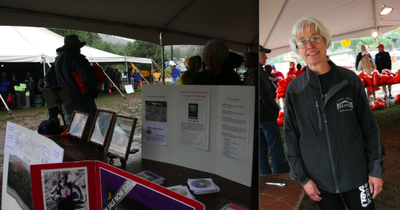 The rest of the other stalls were selling running gears, shoes, gels of different brand and flavour, souvenirs, etc. I saw one that was selling the Pikes Peak long-sleeved event dri-fit tee and decided to get one for souvenir. Then I left when it started to drizzle again and I went to have dinner at a chinese restaurant (see picture below) opposite of where I stay instead of attending the official carbo feed. In hind sight, I should probably attend the official carbo feed since they had lined up a featured speaker to speak. :( 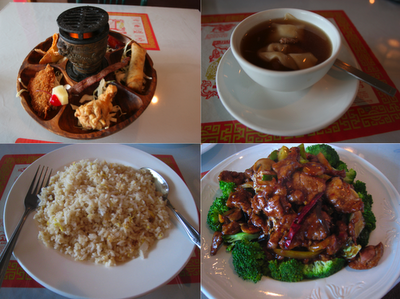